A Great Blessing of Vocations At Hanga Abbey Witnessed in July

Indeed the celebration of the feast of St. Benedict in July was a memorable event for the monks of Hanga Abbey. There was a big number of young men beginning their monastic formation and a large group of jubilarians among those in vows. On July 9th  nine young men were admitted to the stage of postulancy, a largest group since 27 years ago when there were 20 postulants! This 20 postulant group is, ironically, the group that this year was making their 25th anniversary. They were 9 nine  making their jubilee celebration. Better still three members made their solemn profession; two made their first profession, and two other renewed their vows. Also eight men were invested in novitiate. 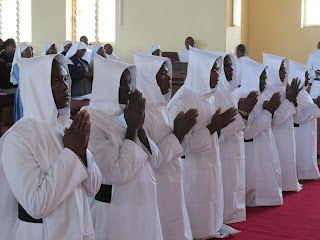 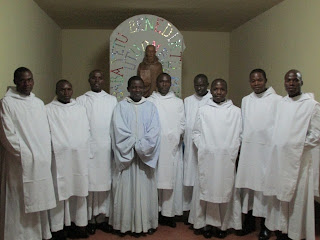 Above the new novices with Fr. Michael Mlowe, OSB, (center), the novice master.
Below are the nine postulants


Topping on all these was a 50 year jubilarian Frater Gido Hyera, OSB, a famous carpenter at the abbey. Thanks be to God for the prayers answered!! 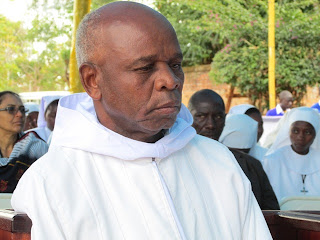 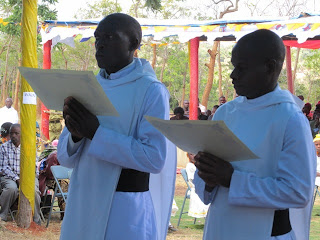 Below: standing are: Fraters Stanislaus, Amadeus, and Jacob who made their solemn profession. 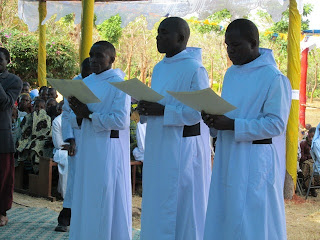 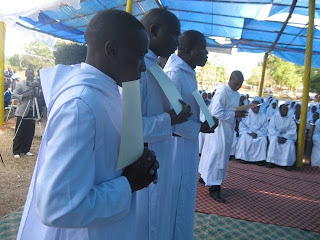 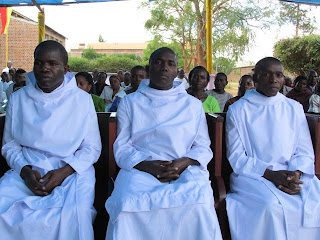 Nine monks celebrated their 25th anniversary of monastic life. They were accompanied by abbot Denis Ndomba, OSB, of Mvimwa with whom they made formation and profession at Hanga but then he moved to Mvimwa abbey some years later after his profession. 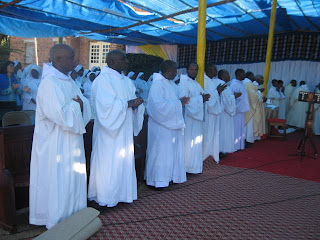 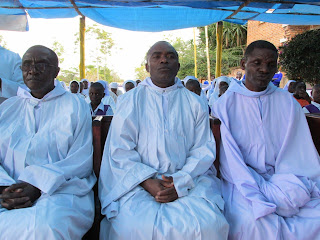 Sitting from right: Frt. Casmir, Frt. Buza,and Frt. Alan. Below Fr. Serenus putting his certificate of renewal of vows at the altar 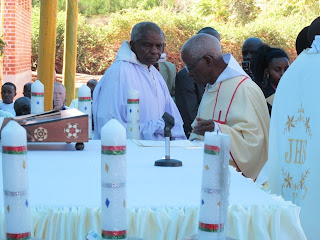 Below: Frt. Christpher placing his certificate of vows at the altar 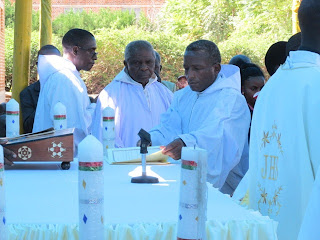 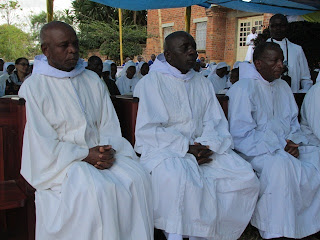 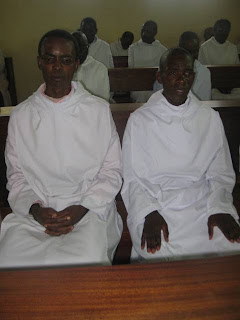