Early this December 2013 Hanga community had the pleasure to welcome eight students of Nursing School from Peramiho Hospital (about two hour car drive from Hanga abbey) for field experience at Hanga Health Center. The students have proved to be diligent and up-to-the-task kind of people. They have been giving conference to local people on hygiene and prevention of malaria, administering vaccine and other medications to patients. We wish them success in their nursing studies.

Below pictures of the Nursing students from Peramiho at work. 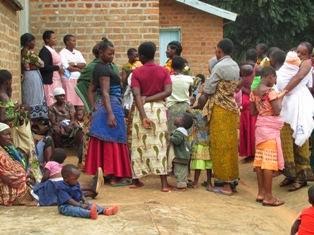 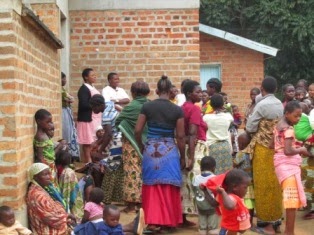 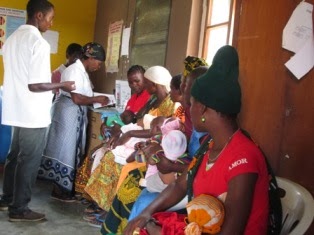 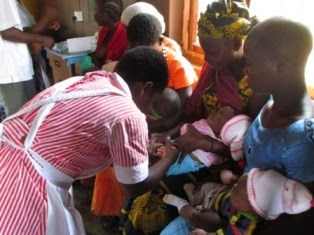 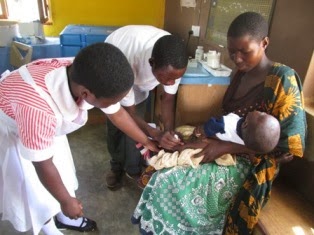 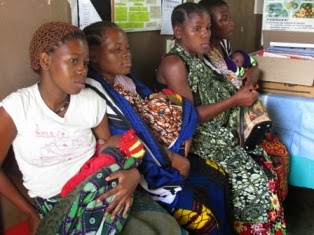 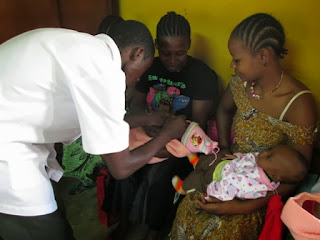 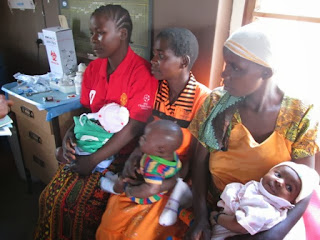 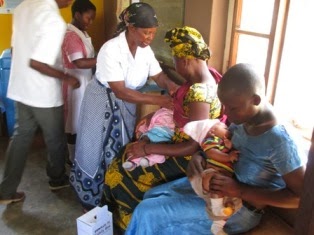 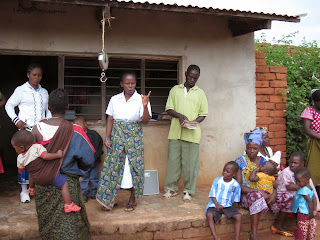 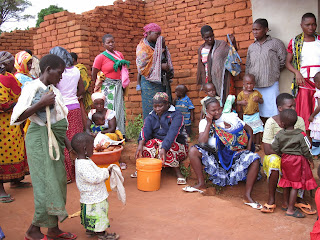 A 36th  graduation was held at Hanga Seminary on the 23rd of November, 2013. A total of 42 young men graduated after four years of formation in spirituality, morality and academics. The guest of honor at the event was Mr. Aloyce Kisasembe, a retired Adult Education officer of Dar es Salaam region. In his address to the graduating class he stressed the importance of abiding to the Benedictine motto of "prayer and work" as a source of progress in life. During the ceremony there was quite an exotic performance of dances and songs. The best dance, seemingly, was the traditional war dance of the Ngoni tribe commonly called "ligihu".
We wish the graduates success in whatever way of lives each one of them will choose, and we hope and pray that a few of them will continue to become monks and priests.
In the photo the graduating class with the guest of honor Mr. Kisasembe (right in the front line). To his right is Abbot Thadei Mhagama, OSB, followed by Fr. Chrysostom, OSB, the rector of the seminary.

In the photos below are pictures of dances and sections of audiences that were present during the graduation ceremony.

Seated with wreaths are the graduating studnents

Hanga village mayor was also present at the ceremony. He is the first left in the photo (with a white cap) below.

The most exciting performance was "ligihu", a Ngoni traditional war dance (below).