Still more blessings were poured in at Hanga Abbey with visitors from Italy. Four volunteers from Italy have been at the abbey since July; Giovanna, Mattia, Francesca, from Veterinary University in Bologna, Italy, worked at the abbey animal farm and Enrico (a nurse) worked at the abbey Health Center. At the same time another group of Italians visited the abbey and stayed for two days (August 10/11). A farewell party was held for the four Italians on the 10th August while welcoming the other group. We are happy to have visitors and we say "Welcome one, welcome all." 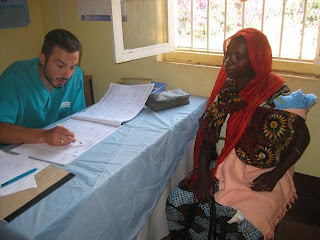 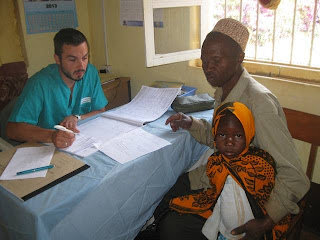 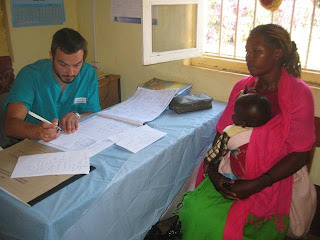 Br. Lucius with visitors from Italy at the abbey Health Center
The dinner party for the visitors involving cutting a cake. 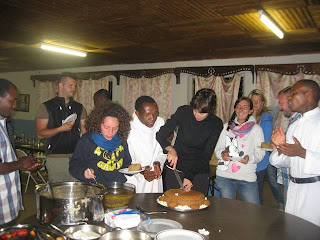 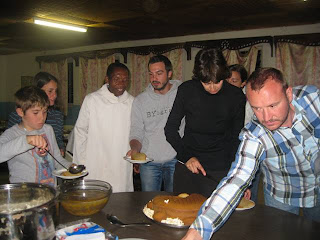 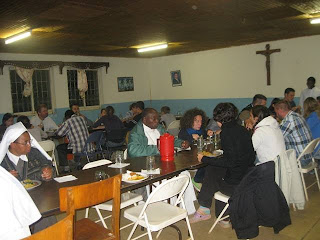 Abbot Thadei Mhagama, OSB, with one of the visitors, Barbara. 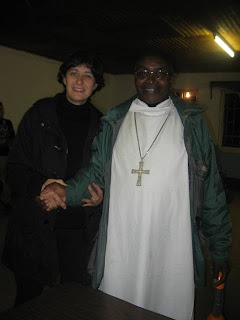