Farewell to Visitors at Hanga Abbey in July

It was a joyous moment not for parting from each other but for the clear sign of friendship, good relationship and accomplishments in serving the needy in southern Tanzania for villages around Hanga Abbey. A farewell party took place at the abbey on the evening of July 6 to say goodbye to three groups. One group of eight people was from Austria led by Barbara had been coming to the abbey to experience African culture and the beautiful nature of Tanzania. 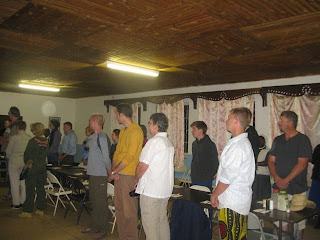 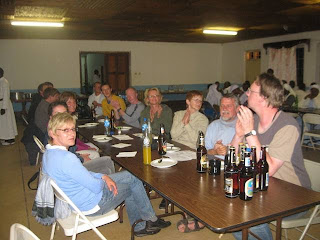 Above visitors from USA and Austria at the farewell dinner.


From right: Barbara (from Austria) delivering a spech. Next to her is Dr. David Thaemert from USA and M.D, Mario from Italy. Further below Dr. Mario is cutting a farewell cake. 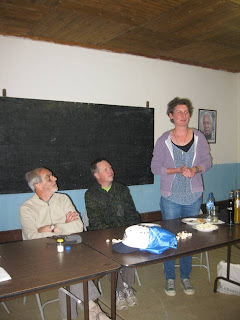 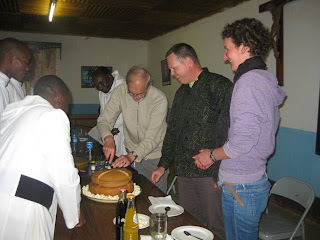 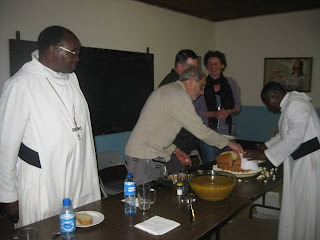 Another group led by Medical doctor Mario from Italy. Dr. Mario has been funding the abbey Health Center for many years and in many respects. He had three weeks stay at the abbey this time witnessing the progress of the construction of the surgery unit at the Health Center. He is co-funding this consturction, and when it  is finished it server particularly women with complications during labor and offer blood infusion service to anemic children. 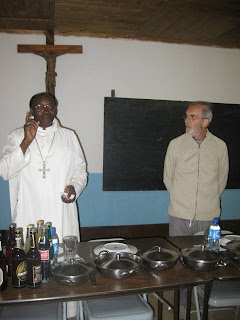 The Abbot of Hanga Abbye,Thadei Mhagama, giving a speach (Dr. Mario is next to him)

The third group led by Dr. David Thaemert from Oregon Institute of Technology, in Oregon, USA> had bee at the abbey for two weeks to built a structure that will help purify water fro the villagers areou Hanga Abbey. The group has been working on the project fro three years coming to Hanga every year for two weeks or so. During the meal Dr. David gave a gift of hats to all those who participated in the construction of the filter system. 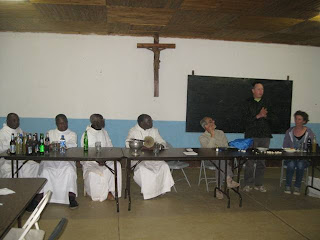 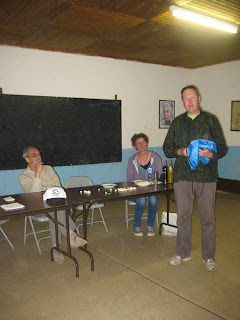