For five years now in roll students and professors from Oregon Institute of Technolgy (OIT), USA, have been working at Hanga and villages around Hanga Abbey  to help people with getting clean water. They work under the larger USA organization of Engineers Withoug Borders for some funding while the group raise funds for the project. This year from June 20 until July the work for the water filter system they have been construction in phase for three years.  The phases has involved making a foundation, erecting wall, and now filling the tank with gravel and sand. Thanks to Dr. David Thaemert who has been leading the group for three years now after Dr. Mike Cornachione. We present in this article pictures of working at the filter tank to fill in the tank with gravel and sand. Both the OIT group and monks of Hanga Abbey actively participated in the work.

Coating the walls and floor of the filter with special coating material to prevent leakage. 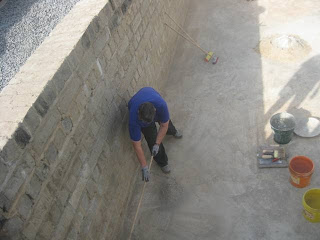 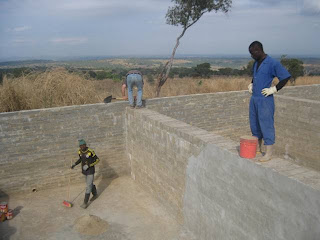 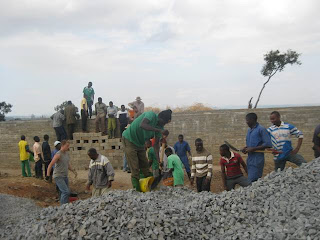 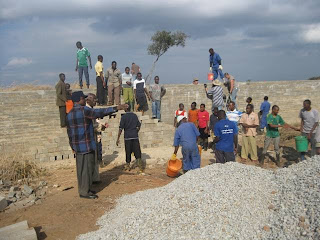 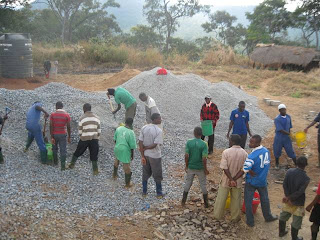 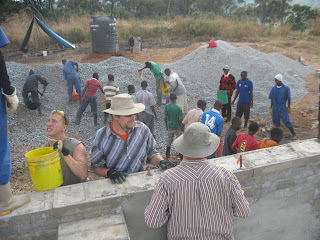 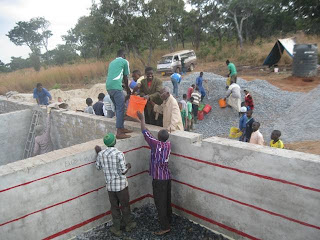 Even the old Fr. Gregory Mwageni, OSB, (below left) the first superior of Hanga Abbey has been at the site to give moral support. Prior Odo Nanyanje, OSB, and Frt. Lucius Matembo, OSB, are with him. 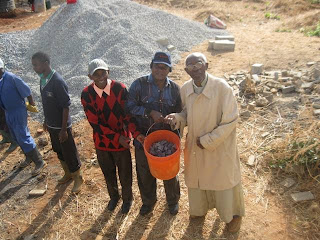 Posted by Hangablog at 1:14 PM