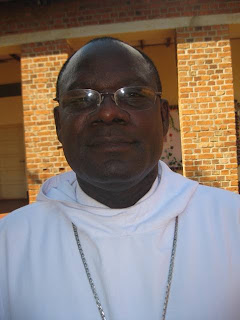 On the 25th of June 2013 Mvimwa Abbey, In Rukwa region, southwest Tanzania, a monastery founded by Hanga Abbey in 1979, had Fr. Denis Ndomba, OSB, elected as their second abbot after the resignation of abbot Basil Ngaponda, OSB, who reigned for twelve years. A man of great simplicity and humility abbot Denis was born in Mbinga diocese, southern Tanzania, on 22nd of July 1962. He made his first monastic vows on July 6, 1988 and was ordained to priesthood on July 13, 1997. He holds Masters Degree in Pastoral Counseling from the US. Following the election, abbot Dennis paid a short visit on July 6th at Hanga Abbey, where actually he had his formation as a novice before moving to Mvimwa. At the abbey he had the opportunity of presiding at mass and gave an address to the monks during meal at the abbey refectory. We wish abbot Denis success in leading the monks of Mvimwa abbey.


Abbot Denis presiding at mass in the abbey  church at Hanga 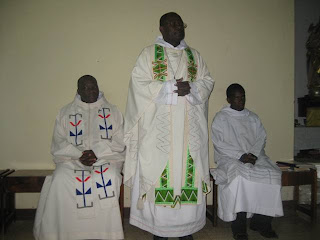 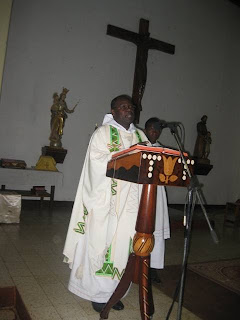 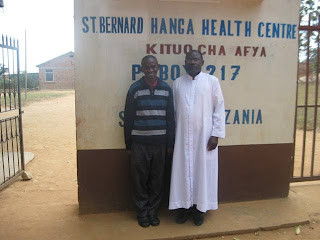 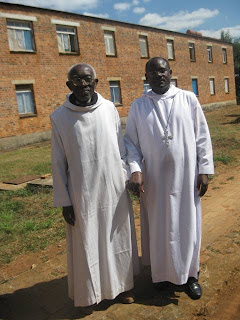