Abbey Visitors in July and August

For the months of July and August the abbey has the honor of having several visitors from Europe and United States of America. Miss Rachele Loglio from Italy was at the abbey from June until July. She worked at the abbey Health Center. Her particular work she accomplished was painting a new wall that fences the dispensary. All loved her work. Also with her from Italy are Mr. Lorenzo and Ms. Ginevra working at the Health Center as well as Elena and Guilo who are working at the abbey cattle farm.

From the US we have two young men graduates of St. John's University in Minnesota who will be staying at the abbey for one year. Of the two Mr. France (Afro-American) is working at the Health Center. Indeed Frater Lucius is grateful and happy to have these volunteers at the facility. He describes them as enthusiastic, energetic and good planners!

Meanwhile a group of thirteen Italians are visiting the abbey this August. They went to Lake Nyasa where are planning to help the locals with a kindergarten school. The group is led by Ms. Barbara. 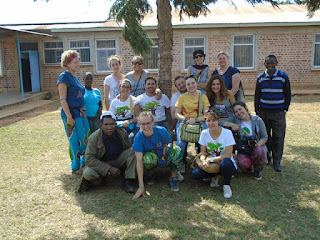 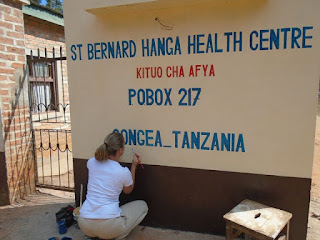 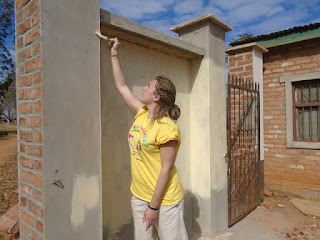 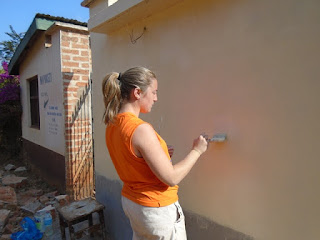 In the photo, from left, Mr. France, Lorenzo and Ginevra 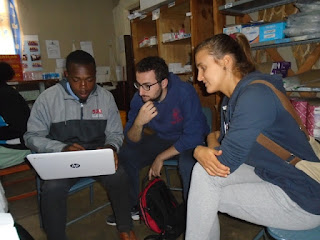 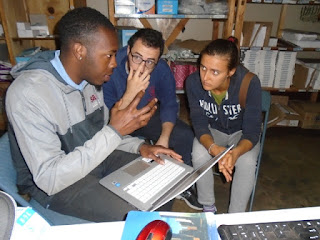 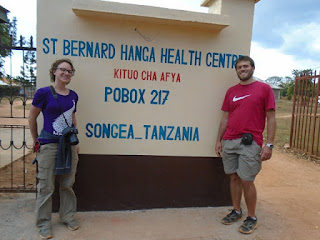