St. Paul Lighano Monastery in the archdiocese of Songea is a monastery under the archbishop. This August 13 the community had a blessing of two young men becoming members of the community by making their first monastic profession. The Brothers are John Paul Tawa and Stephano Miteka. The two Brothers had part of their Novitiate formation at Hanga Abbey. Indeed the monks of Hanga are happy and proud to be able to offer such formation to them. 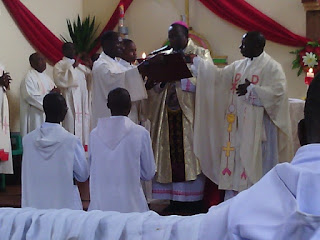 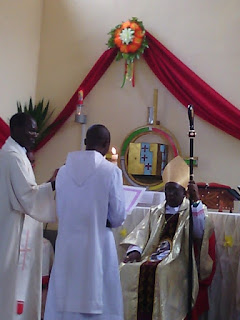 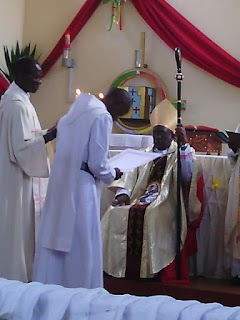 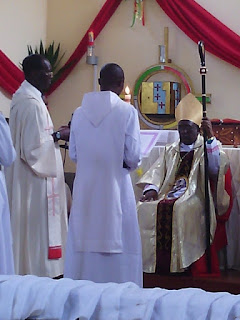 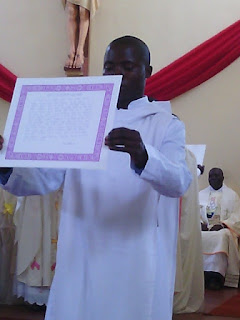 Brothers John Paul and Stephano with novices from Hanga Abbey 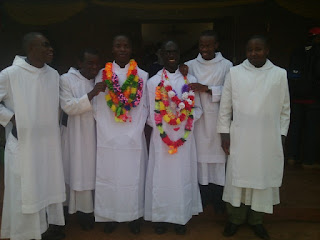 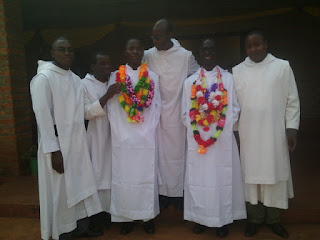 Frater Achiles, OSB, of Hanga Abbey with Brothers Stephano and John Paul. Br. Achiles was their formator at Hanga Abbey. 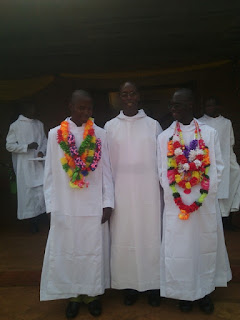 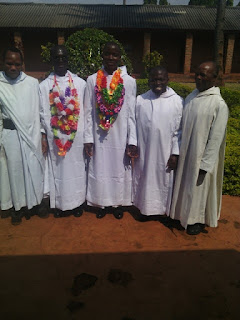 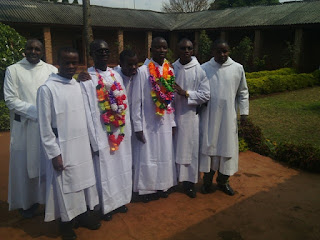 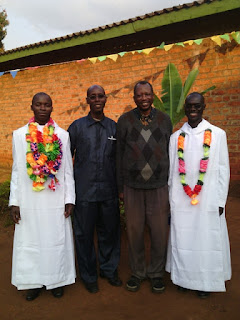 Posted by Hangablog at 5:47 PM