Hanga Abbey Gets a New Priest

On August 3rd, 2016 the monks of Hanga Abbey had a blessing of having one of their monks being ordained to priesthood. Fr. Bernard Mwanza, OSB, from Zambia, was ordained at a daughter house of Hanga Abbey, Ktibunga monastery in Zambia. Fr. Bernard was ordained by the local bishop of Mpika diocese, bishop Justine Mlenga. The ordination ceremony was well attended by people around Katibunga and several others from Tanzania including the monks of Hanga Abbey. The retired abbot of Hanga, Abbot Thadei Mhagama, OSB, led the group of monks from Hanga to Katibunga for the ceremony.

Congratulations to Fr. Bernard Mwanza for accepting the call to serve the Lord in his field. 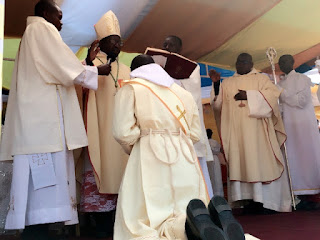 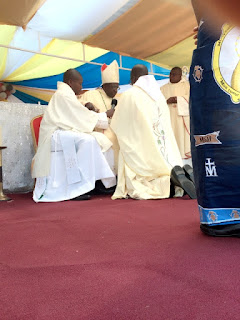 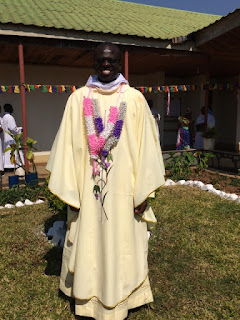 Priests line up to lay hands over the new priest 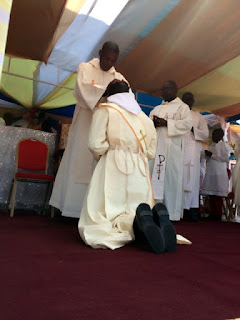 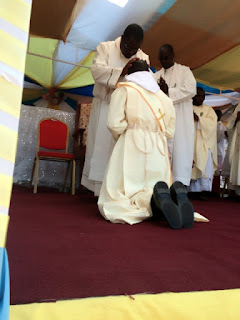 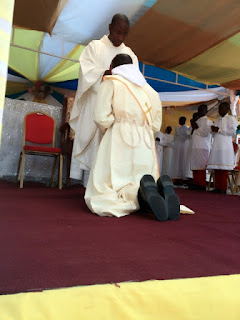 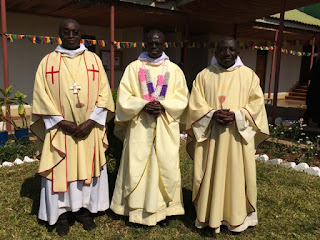 Fr. Bernard with relatives and friends 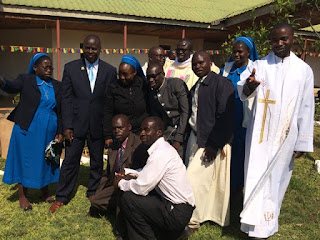 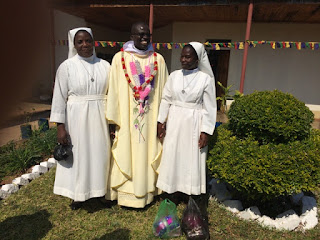 Bishop Justine with newly ordained Fr. Bernard and other priests 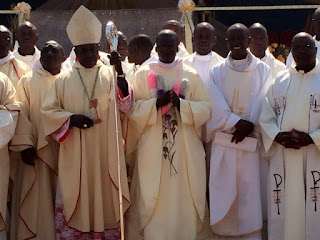 Posted by Hangablog at 4:50 PM