The monks of Mvimwa  abbey (a foundation of Hanga abbey) in Sumbawanga, southwest Tanzania, elected their new abbot, abbot Pambo Mkorwe, OSB, late May this year 2017. He was installed on the 26 of August, 2017. Abbot Pambo is the third abbot of the abbey. He succeeds abbot Dennis Ndomba, OSB. The first abbof of the community was the late abbot Basil Ngaponda, OSB.

Abbot Pambo made his solemn profession on 11 July 1998, and was ordained on 10 July, 2005. At the time of election he was in Germany serving as the secretary to the archabbot of St. Ottilien Congregation after his degree in Canon Law.

Present at the installation of abbot Pambo were five bishops from dioceses of Mbeya, Njombe, Tabora, Singida, and Sumbawanga. The bishop of Sumbawanga was the bishop presiding at mass and did the installation blessing. Four abbots were also present: abbot Octavian Massingo,OSB, of Hanga Abbey, abbot Thadei Mhagama, OSB, (retired abbot of Hanga abbey), abbot Placidus Mtunguja, OSB,  of Ndanda abbey, and abbot Romain Bota, OSB, from Agbang, Togo.

Congratulations to Abbot Pambo and we pray for the Holy Spirit to guide him in his leadership role. 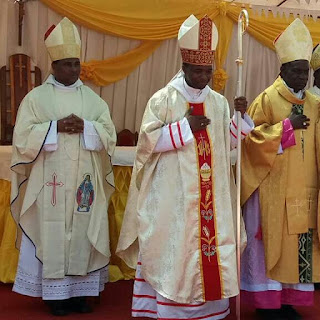 Abbot Pambo in the middle holding a crozier. 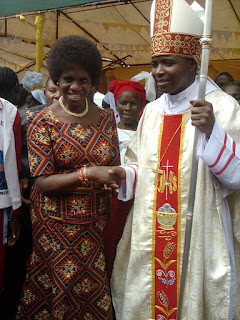 Abbot Pambo with Anne Makinda, former member of the parliament, in Tanzania. 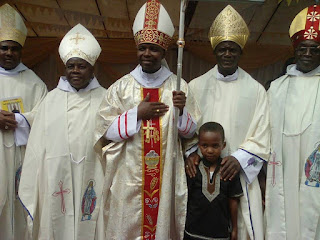 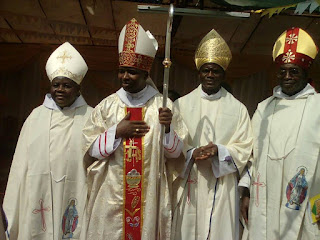 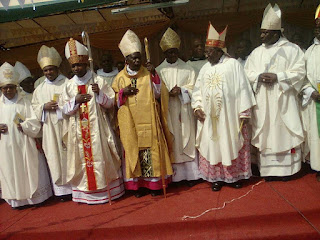 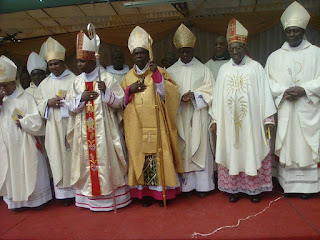 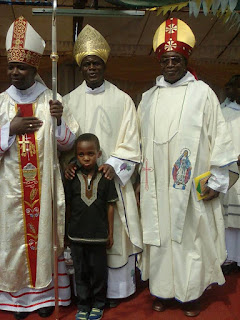 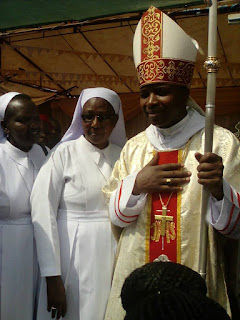 Posted by Hangablog at 4:18 PM