The archibishop of Songea, Rev. Damian Dallu, presided at the mass and abbot Octavian Massingo, OSB, conducted the ritual for renewal of vows of the jubilarians and received the four novices into monastic professions.

Better yet, a day before, eight young men were received in the postulancy. These eight men will begin monastic training as novices in a year. And five former postulants were admitted to the stage of canonical year of monastic training.

Thanks be to God for the blessing with vocations at the abbey. 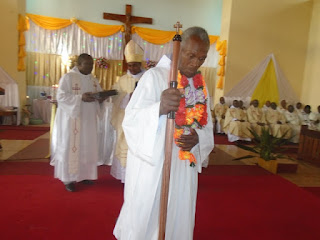 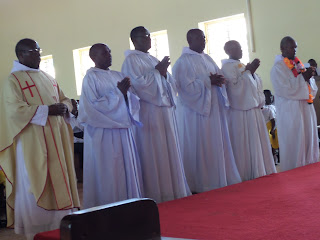 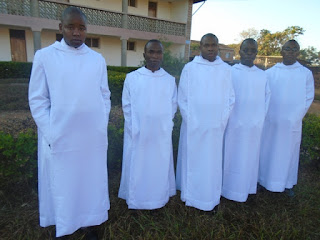 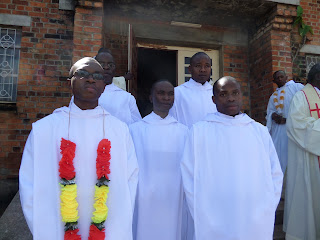 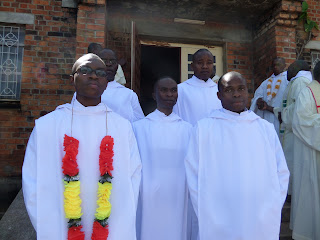 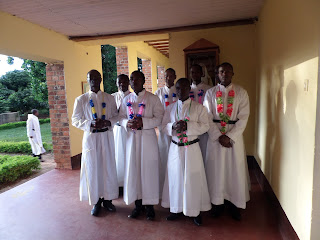 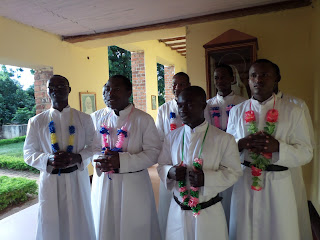 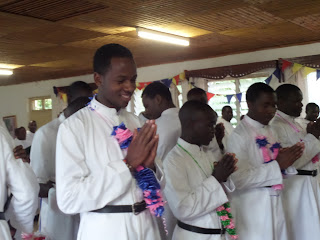 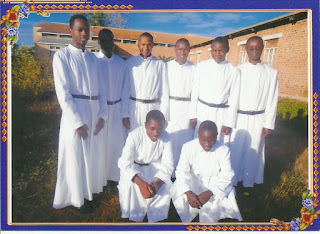 Posted by Hangablog at 8:28 PM