On the 11th June, 2015 Frater Bernard Mwanza, OSB,  and Frater Augustine Mwape, OSB, made their solemn perpetual vows in Katibunga monastery. The monastery is under Hanga Abbey. It is located in the archdiocese of Mpika in Zambia. Abbot Thadei Mhagama, OSB, of Hanga Abbey was there to officiate the ceremony which was held during Holy Mass. The vicar general of the archdiocese of Mpika presided at Mass. The mass was well attended and was celebrated in Bemba. During the liturgy a group of well prepared girls performed a liturgical dancing.

Both Frater Deogratias and Frater Augustine are studying at Peramiho Theology Seminary to become priests. We congratulate them for making commitment to religious life and we look forward to their ordination to priesthood. 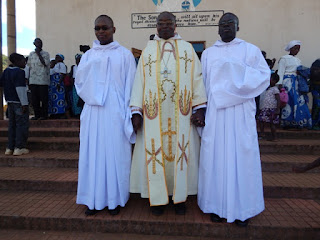 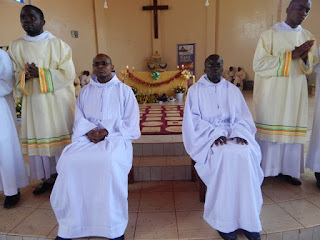 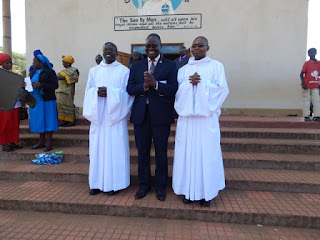 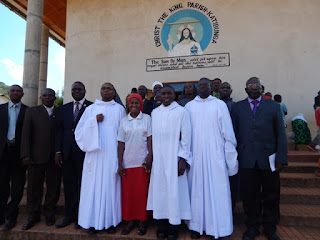 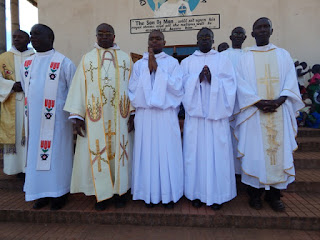 Abbot Thadei officiating at the ceremony of making solemn vows. 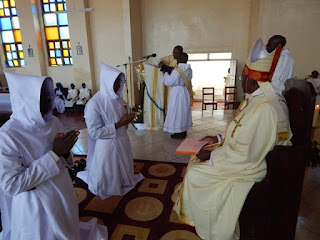 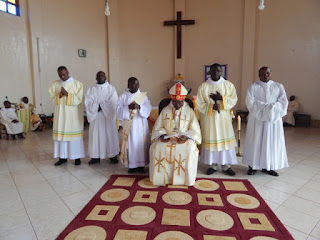 Procession to the church and liturgical dancing 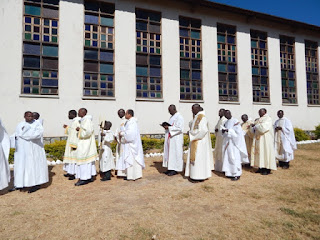 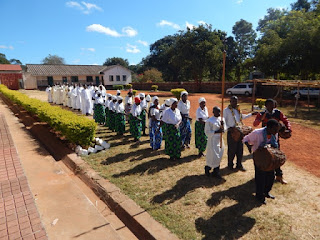 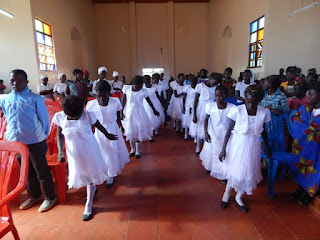 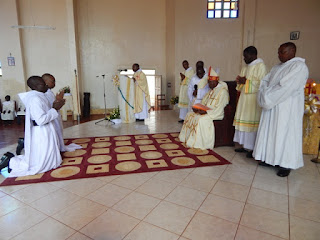 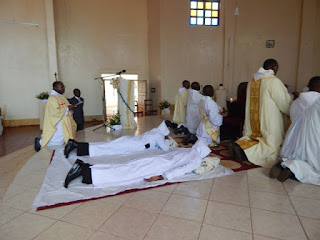 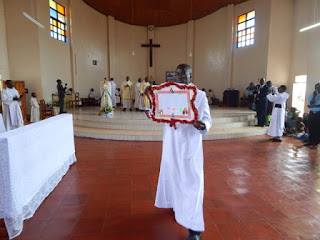 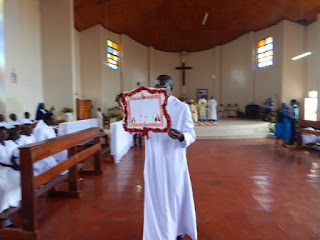