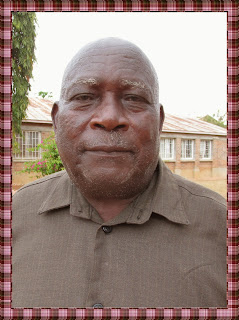 Mr. Sanga was a man of few words, gentle, patient and hard working. Mr. Alois has been a teacher for most of his life. Back in the 1960's, for a few years, he taught as the abbey elementary school which now is Hanga Religious Seminary. Recently for about ten years he has been teaching at the abbey St. Laurent Elementr & Primary school.
In the photo below Mr. Alois (in black suit) with his son, a monk, Frater Onesmo Sanga, OSB 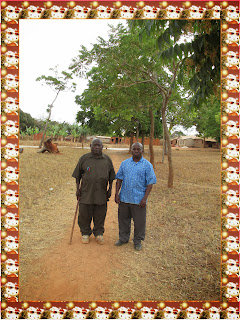 He will be missed by many of us the monks, villagers of Hanga, St. Laurent school students and his family. May he rest in peace.
Posted by Hangablog at 11:52 AM