Since the 2008 when Dr. Ed Tuhy of Klamath Falls, Oregon -USA came to Hanga for eye services, the project has been doing very well. Dr. Tuhy had organized donation of glasses from the US. Then he trained Br. Stanislaus to do simple diagnosis for people with eye sight. Now Hanga dispensary receives many people who need eye glasses to see. Also through monetary donations from the US other patients with problems of eye cataracts have been helped. One particular case is of two children: one of 10 years and another of 3 years were operated in Muhimbili National Hospital in Dar es Salaam. The two children are now doing fine.
. 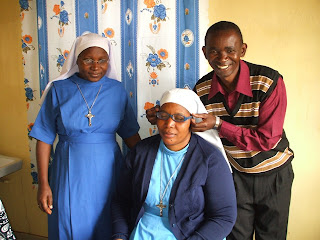 In the photo Br. Lucius with Sisters who came to have eye glasses.

Jackline Lunji who had surgery in both eyes, in Dar es Salaam, she is now back school. 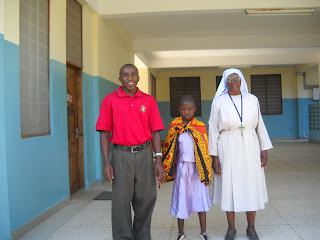 More people who have had eye surgeries. 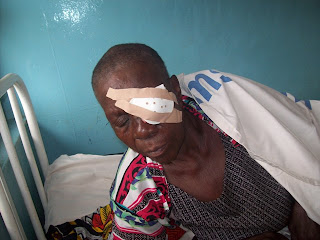 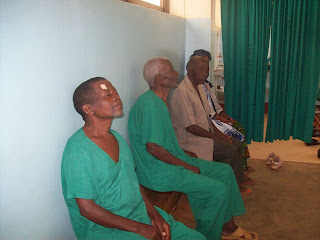 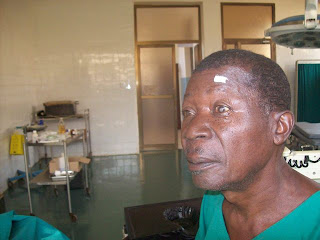 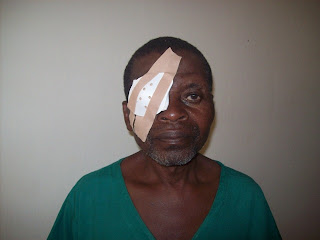 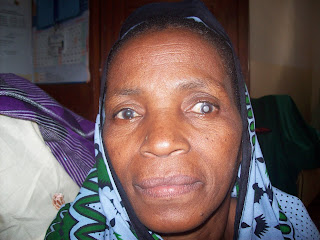 A boy of 3 years was successfully operated on his left eye in Muhimbili National Hospital in Dar es Salaam. 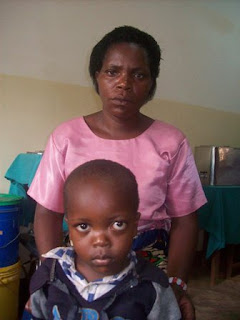 Posted by Hangablog at 9:57 AM