On February 2nd this year 2011 religious men and women from different religious communities in the Archdiocese of Songea, in southern Tanzania gathered together to celebrate the world day of religious. It is the feast commemorating the presentation of the Lord Jesus when he was child to the temple. The religious are reminded of their dedication and consecration to life in the service of God and his people.

The archbishop is blessing the people with candles. 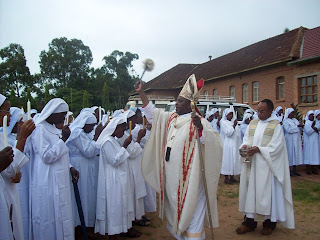 In the archdiocese of Songea this has become a tradition that every year a venue is chosen where all religious in the archdioce gather for the Holy Mass liturgy presided by the Archbishop. It is a way of witnessing the Church in terms of vocations in the diocese and the way of encouraging each other as religious people. This year's venue was at Peramiho Abbey. The mass was presided by Archbishop Norbert Mtega and the homily was delivered by the retired bishop of Bukoba who is a monk of Hanga Abbey Very Rev. Placidus Gervas Nkalanga, OSB.
From left: Abbot Anastas of Peramiho abbey, Archbishop Norbert Mtega and Abbot Thadei Mhagama, OSB of Hanga Abbey. 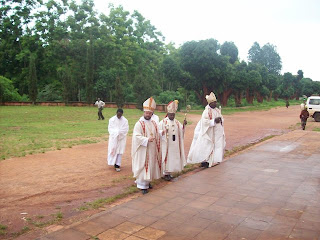 Procession with candles to the church for the Holy Mass 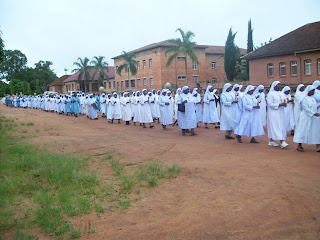 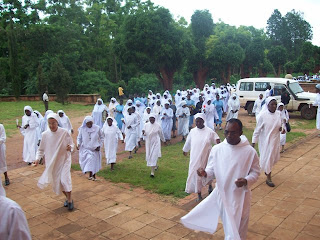 A section showing some monks of Hanga Abbey gather for the blessing of the candles. 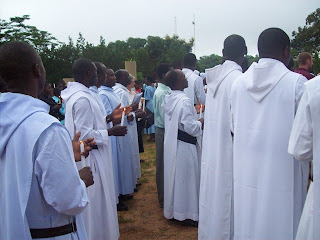 Abbot Anastas of Peramiho is lighting his candle. 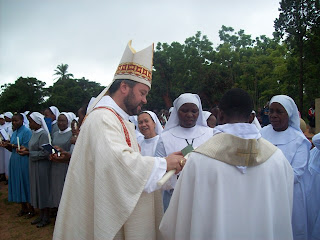 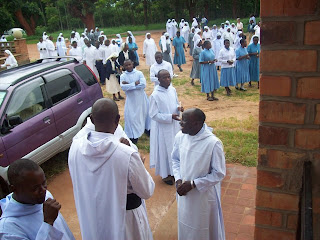 Listening to the readings after lighting candles 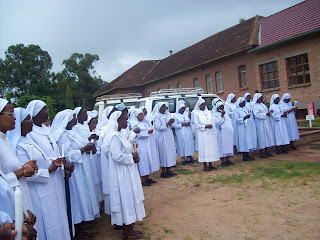