Top photos: Jackline with her parents at home - Hanga and before her sugery in Muhimbili Hospital 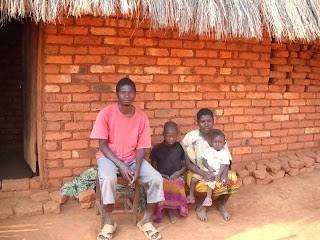 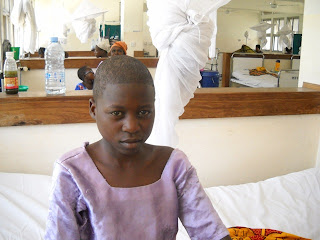 It all began with Dr. Ed Tuhy, eye doctor, who visited Hanga Abbey in June 2009. He discovered quite a few people with cataract problems. Then this year Dr. Greg from Canada saw the same problem but noted that sugeries can be done in Songea Regional Hospital, 50km from Hanga, for $30. Already some have gotten the sugery. We thank parishioners of Sacred Heart in Medford and St. Pius X in Klamath Falls, both in Oregon - USA, for their generous donations for the cause.

A unique case happened with a girl of 10 years old, Jacline Lunji, who had to be refered to Muhimbili National Hospital in Dar es Salaam, about 700 miles, from Hanga Abbey. She had stopped going to school for two years since she could not see. Her sugery went well and now she goes to school. It is definitely a rewarding story to hear! 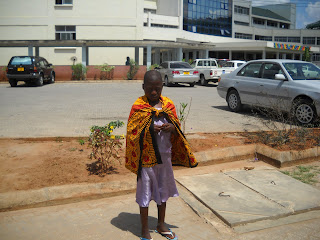 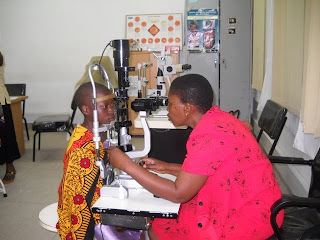 In the pictures: Jackline outsite and in diagnosis rooms at Muhimbili Hospital 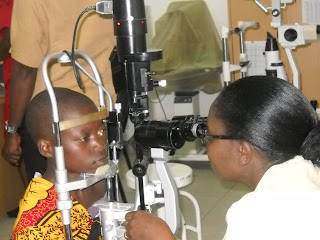 Below: Br. Stanislaus administers antibiotic ointment to Jackline after her surgery 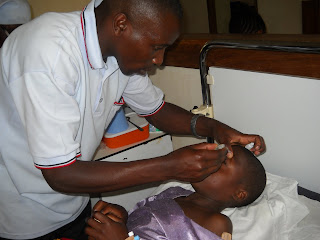