The Benectine Union of Tanzania is a communion of superiors of Benedictine communities of men and women in Tanzania. They meet annually to share and discuss some topics and issues experienced in their communities. This year the meeting was hosted by Hanga Abbey. It was held from November 6th to November 10th. At the meeting the representatives were from abbeys of Peramiho, Ndanda, Hanga, and Mvimwa; and from convents of Tutzing Missionaries of Peramiho and Ndanda, Sisters of Ndolo in Ndanda, and Sisters of Camaldolese of Mafinga.

Currently the head of the Union is Sister Caritas Swai, OSB, the superior of Ndolo Sisters in Ndanda. The secretary is Fr. Damas Komba, OSB, of Peramiho abbey.

At the abbey members were hosted at St. Pirmin's Guest House for meetings and sleeping rooms. At some point during their stay and meetings members had the opportunity of visit
workshops of the abbey as well as schools and other institutions.

Members of the Benedictines Union of Tanzania at sessions 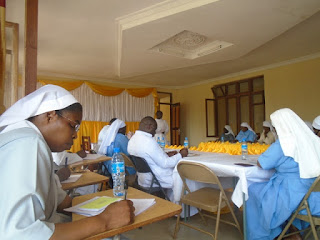 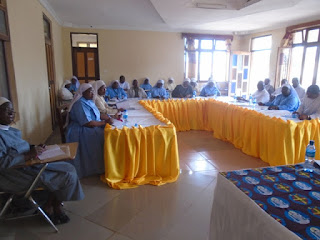 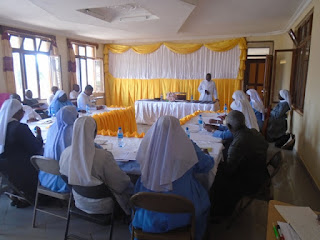 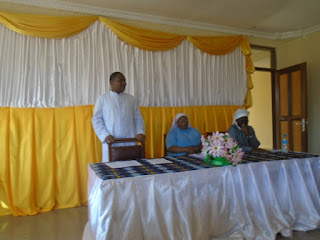 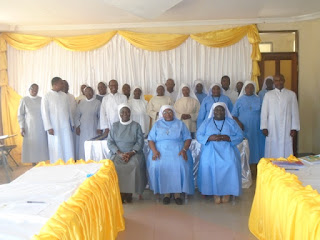 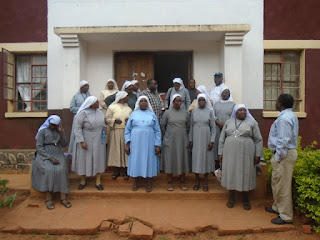 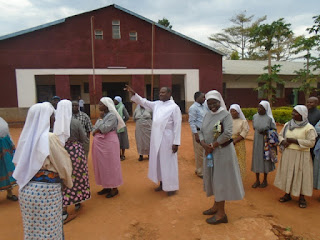 Below: at Nakagugu Formation House 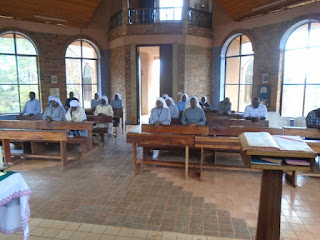 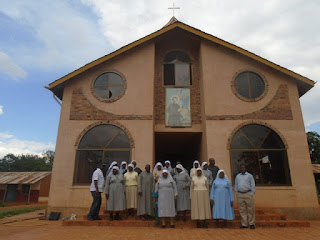 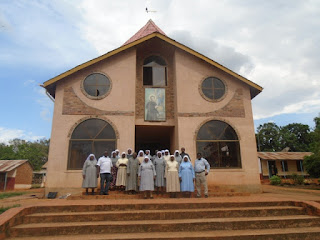