Novices from Lighano Monastery Return to their Monastery from Hanga Abbey

Lighano monastery is a diocesan religious community of men in the archdiocese of Songea in Southern Tanzania. The Brothers under the diocesan bishop, lead monastic life following the Rule of St. Benedict but they are not called Benedictines. They have adopted a missionary spirit under the patronage of St. Paul the apostle.

For sometime they have been struggling with getting formators for their novices. Then the archbishop, Damian Dallu, asked the monks of Hanga Abbey to take charge of novices from Lighano for their monastic life formation, at least for a moment. Indeed it happened with two novices coming to Hanga in September of 2015. This July the novices have returned to Lighano Monastery and will make their first profession in August. We pray for the two novices and for Lighano monastery Brothers to grow in number and holiness. 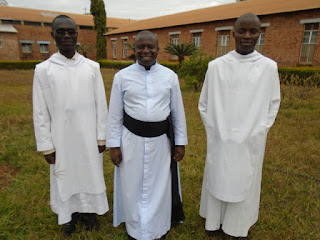 The Superior Fr. Onesmo Komba of Lighano Monastery giving speech at the farewell dinner for the two novices 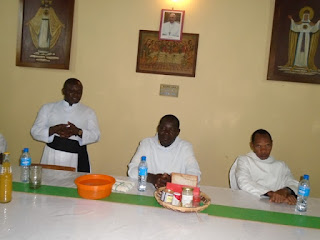 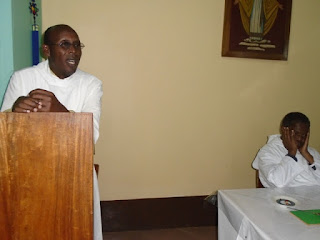 Prior Frater Jerome Mlelwa, OSB, saying a word of goodbye to the novices. 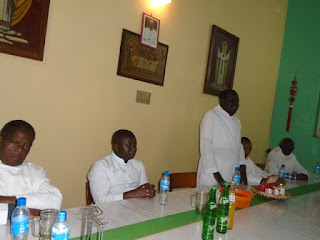 Posted by Hangablog at 4:03 PM