A ceremony was held at St. Benedict Secondary School on September 24th, 2011 for a Form Four class of 2011. It is the pride of St. Maurus Hanga Abbey to have this institution which offers secondary school eduation to people of any age, religion, race and gender. Many religious men and women in Tanzania join religious lives withouth having secondary school education and St. Benedict Secondary school offer that opportunity. No wonder in this graduating class of 2011 there was also a Camaldose nun, Sr. Angela, graduating. 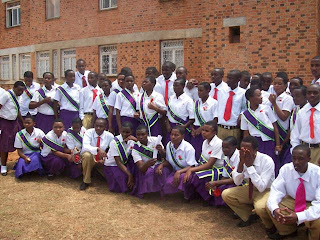 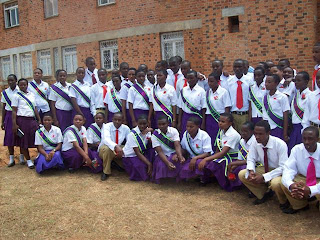 Photos of sections of the graduating class. Sr. Angela a Camaldolese nun is the first from right. 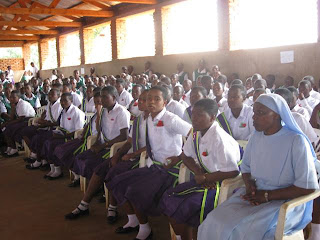 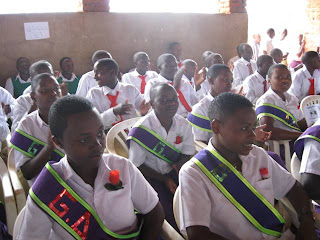 Fr. Mgaga Angelo Msele (in whithe cassock and wreath) is standing with the guest of honor Jane Mapunda on his left followed by Fr. Chrysostom Mkulasi, OSB the rector of Hanga seminary. 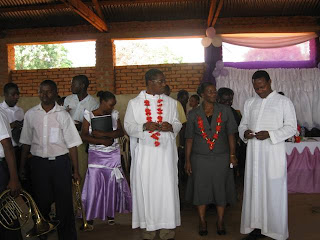 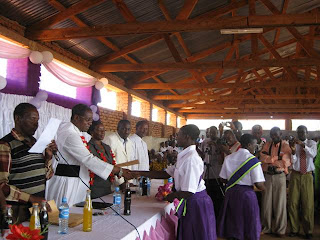 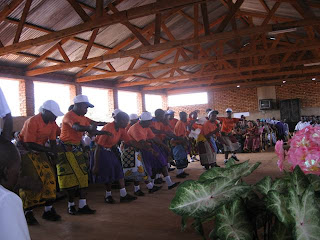 Representatives of the graduating class reading a special farewell address 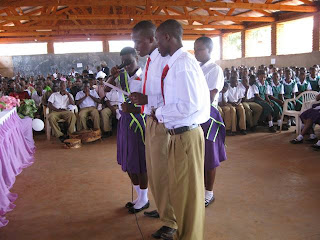 Posted by Hangablog at 7:09 PM