In June 2009 a group of students and professors from Oregon Institute of Technology (OIT) went to southern Tanzania to explore the possibility of helping out villagers with safe drinking water. They witnessed for themselves the bad water that people use by testing different sources for bacterial contamination.
In the photos: Left photo, from left are Andrea, Mackenzie, Dr. Herriet, Dr. Mike, and Robert. On the right photo: Robert and Dr. Mike Cornachione of Oregon Institute of Technology with Br. Buza of St. Maurus Hanga Abbey are repairing a broken hand pump at Mputa village in southern Tanzania. 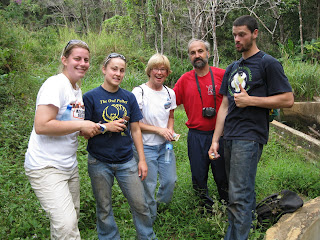 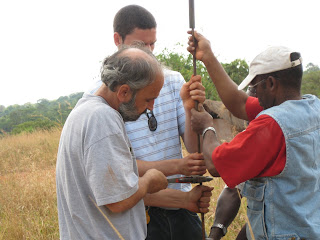 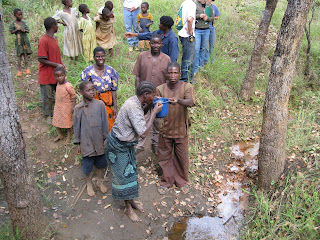 The OIT group is fundraising to get funds to help buy and install a pump at Mingi village. The group is doing their project in conjunction with Engineers Without Boarders.
Posted by Hangablog at 8:50 PM