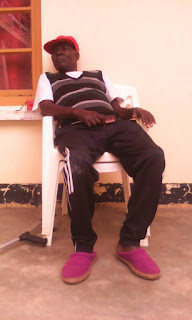 When you speak of Hanga Trade School or Hanga Vocational Training School you cannot avoid thinking of our beloved
Frater Steven Mwampamba, OSB, who passed from this world to heaven early May 2017. Frater Mwampamba was the founder of Hanga Trade School in the 70's after he was schooled in architecture. And all his life after founding the school he has never left his post of being a teacher and formator of the students at the school. Indeed anybody who has been to Hanga Trade School will not find the school the same without him.  Many know him sitting by the mango tree by the gate to the school compound passing time by himself or with friends and fellow monks; not anymore - unfortunately!

Frater Steven has been battling diabetes for many years. In 2016 he developed kidney problems and was being treated at the referral hospital in Mbeya, southwest Tanzania. He seemed to be improving but things turned to the worst and he died on April 30 while being treated.

May he rest in peace.