It is customary at Hanga Abbey to celebrate together Palm Sunday, the monks and with all students from all abbey schools. So again this year on Sunday March 30th, 2015, the monks and students had the Holy Mass together in the abbey church. The Palm Sunday Mass Liturgy began by blessing of the palms at St. Pirmin Guest House followed by a procession to the abbey church. The presider at the Mass was Abbot Thadei Mhagama, OSB, the abbot of Hanga Abbey. Concelebrating at mass were other priests: Fr. Gregory Mwageni, OSB, Fr. Mugaga Mselle, OSB, Fr. Chrysostom Mukulasi, OSB, Fr. Charles, OSB, Fr. Bruno Haule, OSB, and Fr. Novatus Ngonyani, OSB.

Students of Hanga Religious Seminary choir led the congregation in singing during the Mass. It was a good Mass and blessed moment the community of the abbey and the students to be together.

See some pictures of procession and the celebration of the Holy Mass in the abbey church. 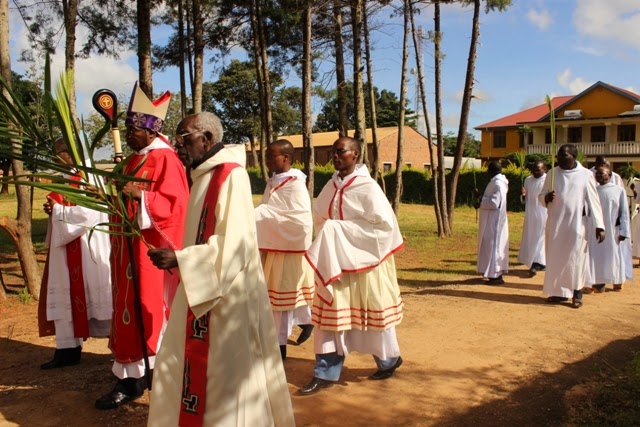 Abbot Thadei Mhagama, OSB, in the processing with Fr. Gregory Mwageni, OSB, on his left. 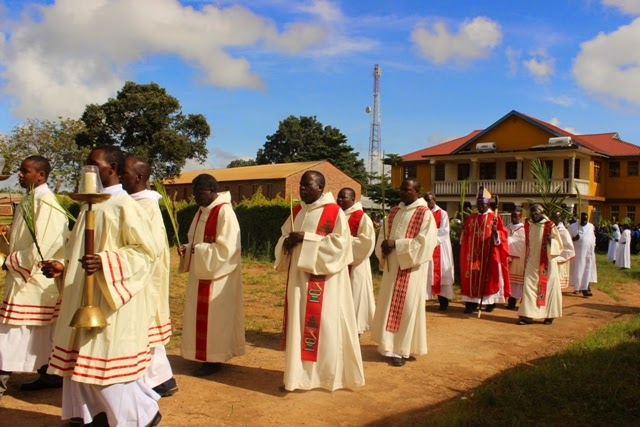 Below: students and monks in the procession. 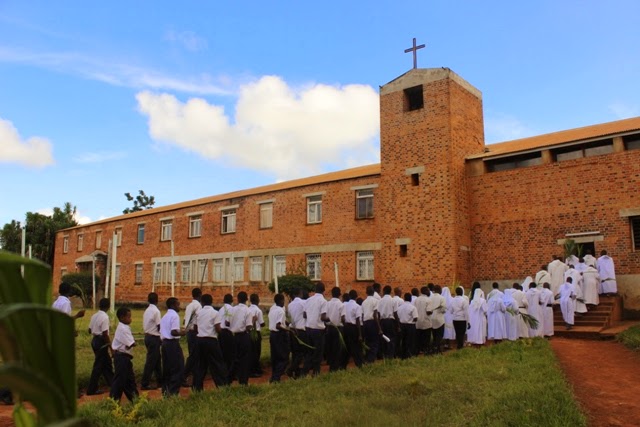 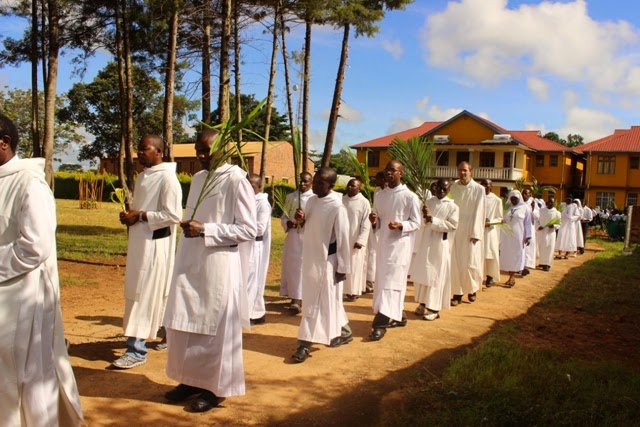 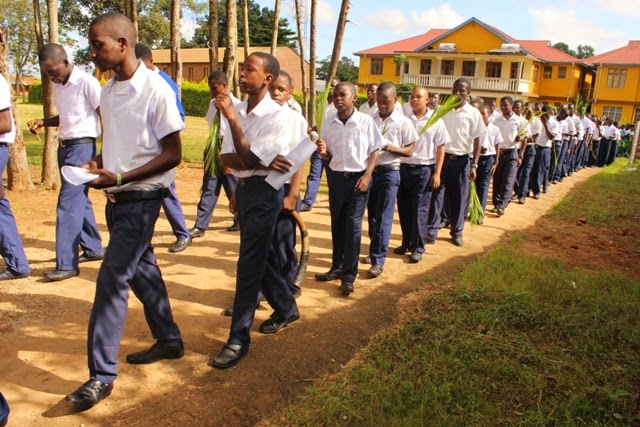 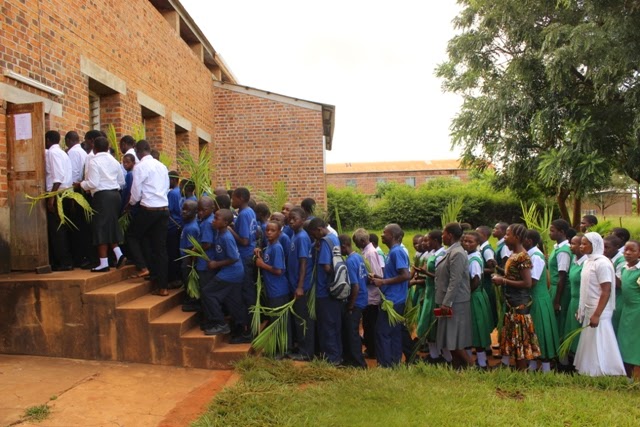 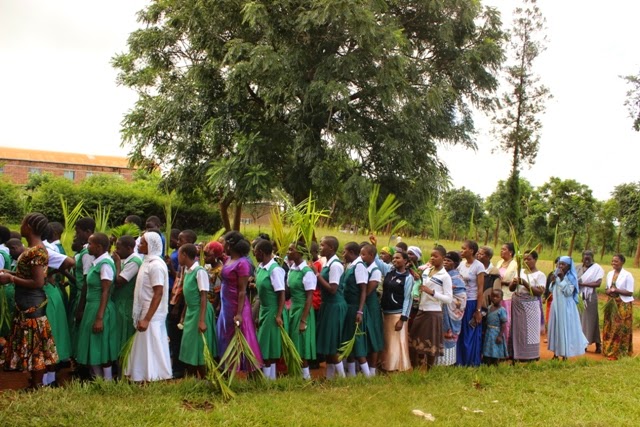 Below: at Mass in the abbey church 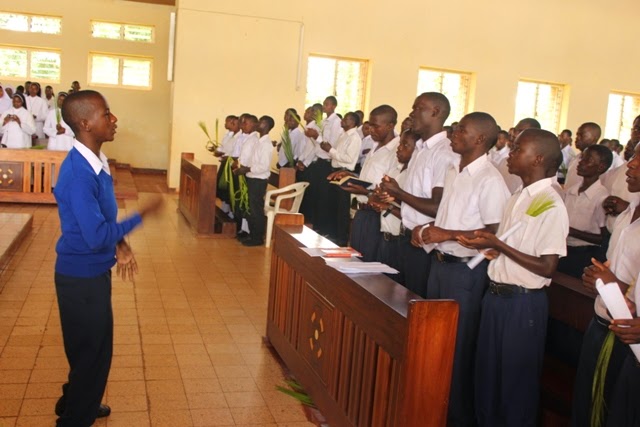 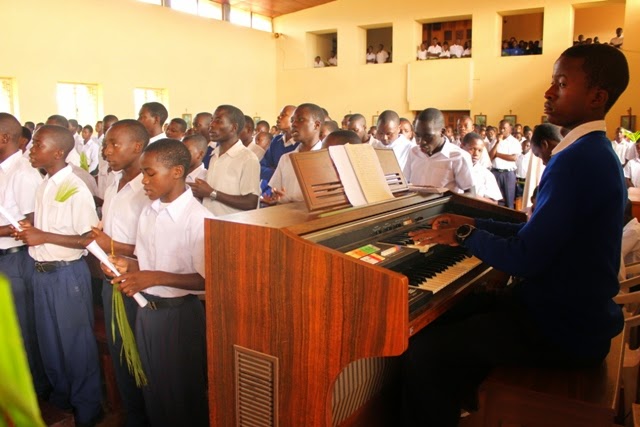 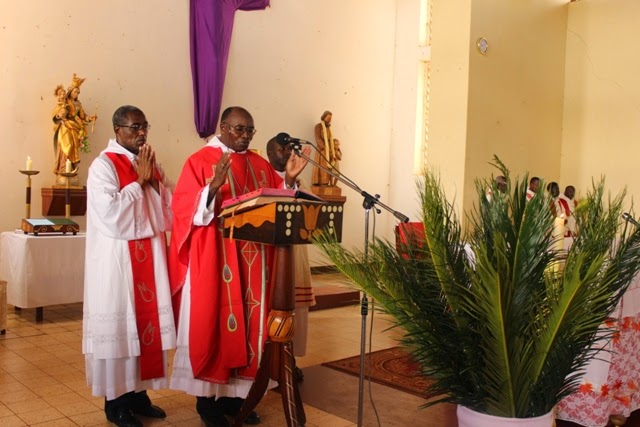 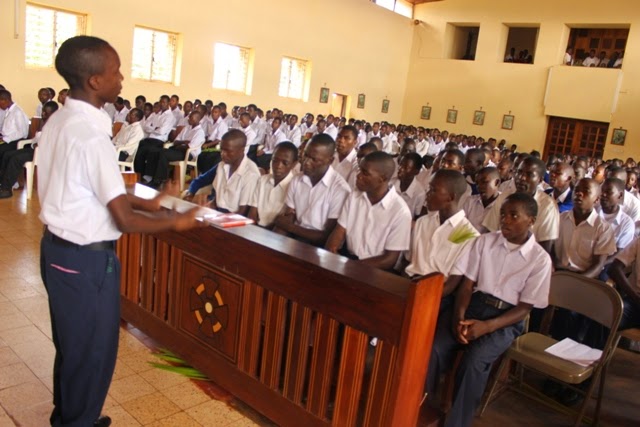 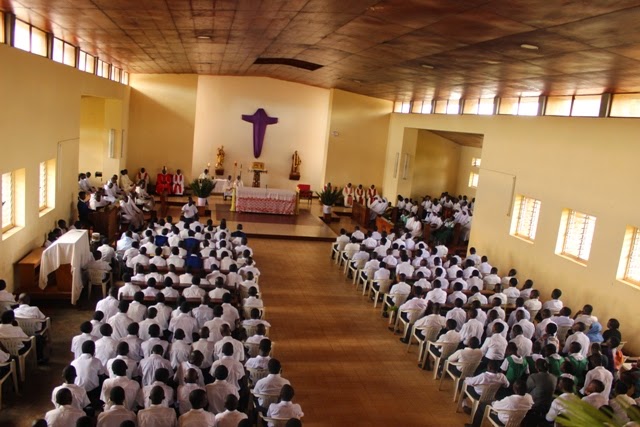 Posted by Hangablog at 1:02 PM