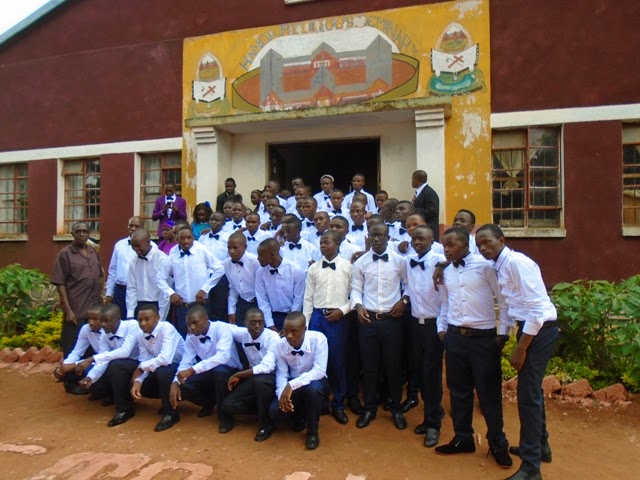 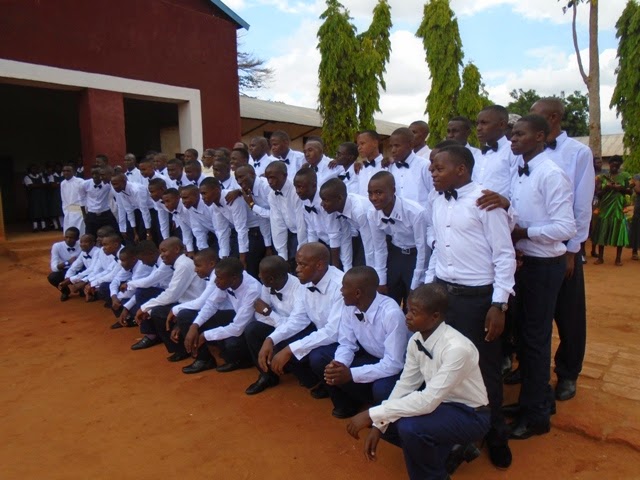 The day began with the celebration of Holy Mass followed by speeches and dances/singing and concluded with luncheon. Among the dances performed during the ceremony was the famous Ngoni war dance commonly known as "ligihu" - See pictures below of students in pink costumes. The guest of honor was Fr. Tetulian Mrope, a professor at Peramiho Seminary School of Theology. 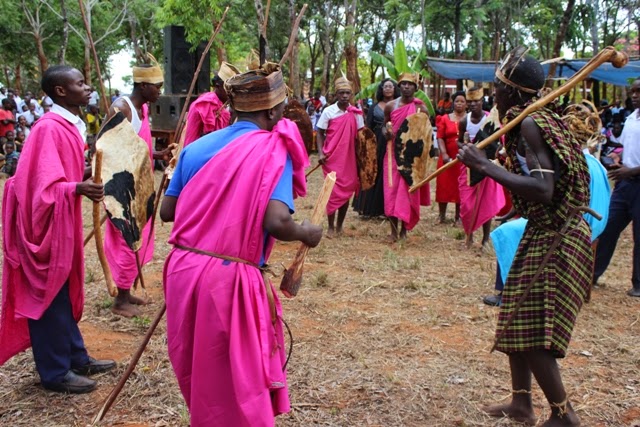 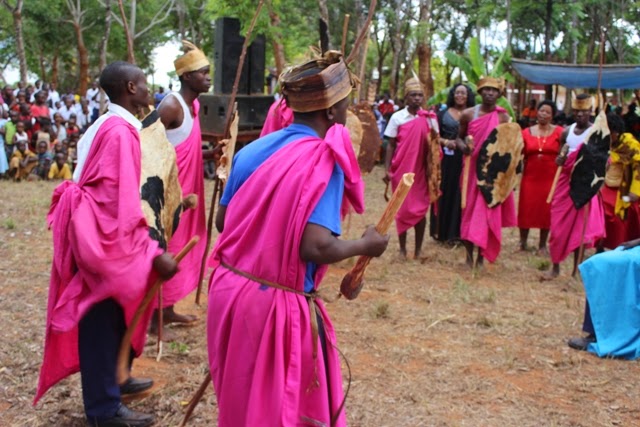 Below the guest of honor Fr. Tetulian Mrope and Fr. Chrysotom Mukulasi, OSB, (the Rector of the seminary) beside him, handing School Leaving Certificates to the graduating seminarians. 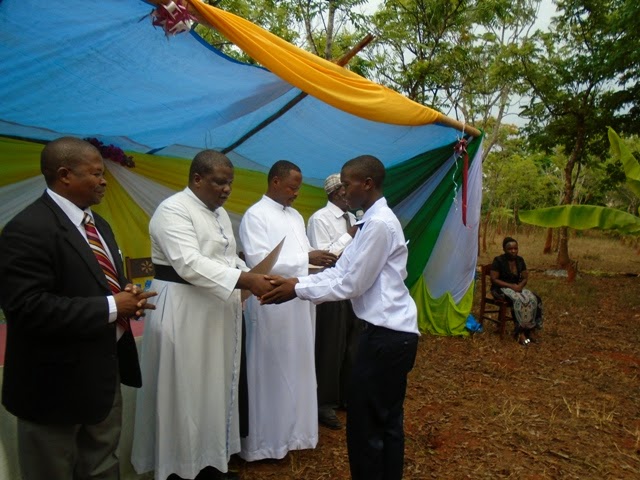 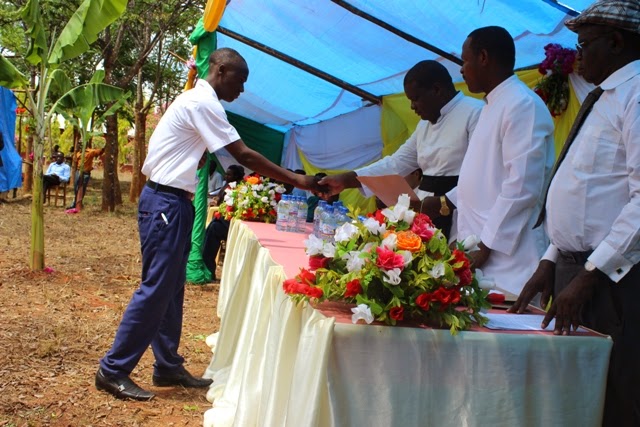 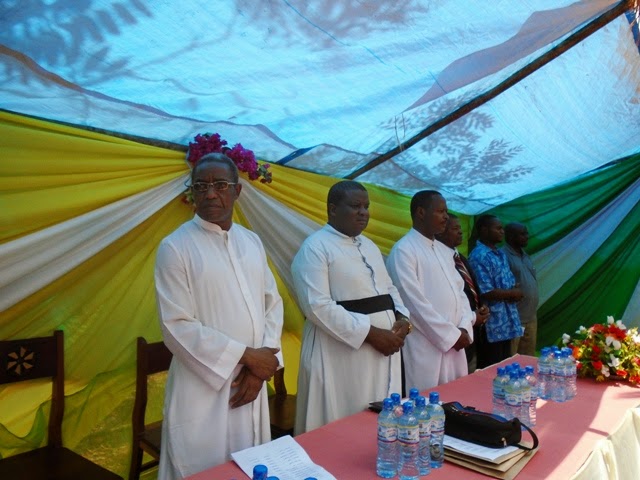 We thank Fr. Chrysostom and all the seminary teachers for their academic and moral formation they gave to the seminarians. We wish the graduating students success in their future endeavors. 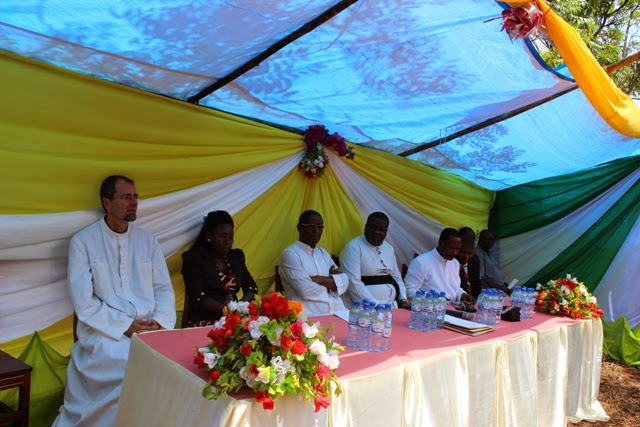 Br. Julian from German (on left) was at the ceremony. Br. Julian teaches music at the seminary. 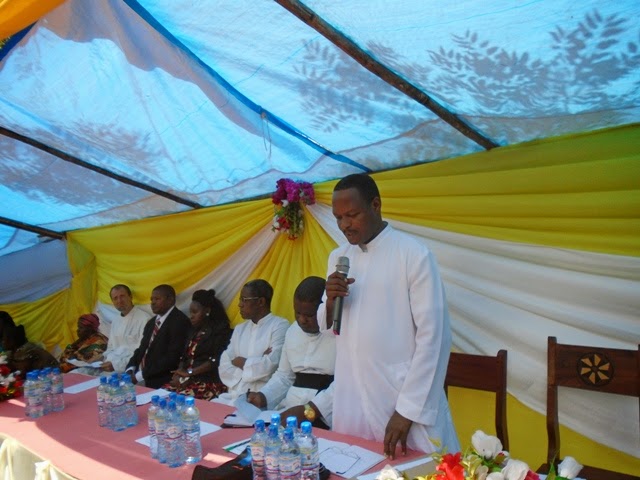 Above Fr. Chrysostom Mukulasi, OSB, the Rector of the seminary is giving a speech. 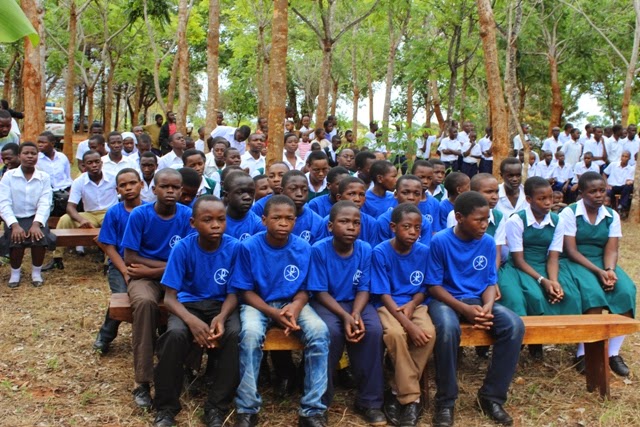 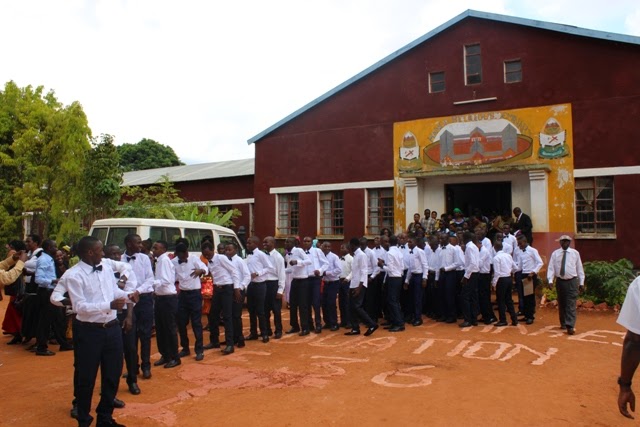 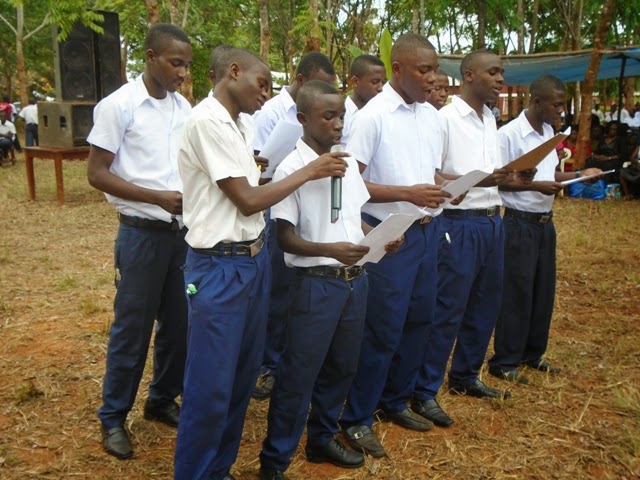 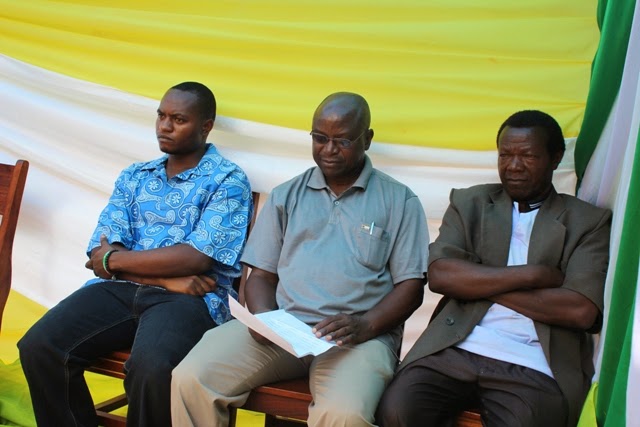 Posted by Hangablog at 9:19 PM