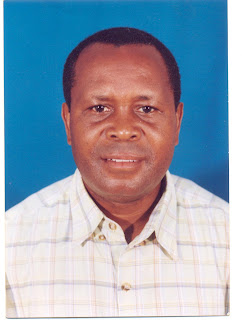 On November 12th, 2011 Frater Justin Salingwa, OSB, of the Hanga abbey died in Dar es Salaam at Muhimbili National Hospital. He was 50 years old. Next year 2012 he would celebrate 25th anniversary of monastic life.


Br. Justin died of complications of the urinary system and diabetes which was diagnosed just a week before he died. All these happened within a weeek. He was being treated for malaria at the abbey then he fainted and was taken to Peramiho Mission Hospital. There it was found that his blood sugar level was too high and urinary system did now work properly. He was immediately flown to Dar es Salaam by charter plane in the evening of November 11th. Frt Justin survived overnight and succumbed his life the next morning November 12th.

Frater Justin was a true monk who lived his monastic vows well to his ability. He was an example to be followed. He was dedicated to monastic life and the community. For over 15 years he had been running the abbey general store selling different merchadise for the rural population around Hanga Abbey. Many people knew him through this business. Frt. Justin supervised the store with great dedication and dilligence such that it has been the backbone of the budget of the abbey kitchen.


May he rest in peace!


In the photo he is first on the right. The photo was taken in June 2011 when the then bishop elect Johh Ndimbo visited Hanga four days before he was installed bishop of Mbinga diocese 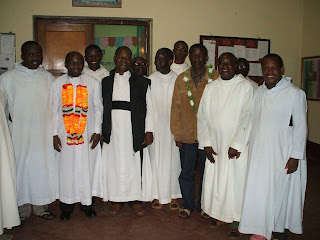 On the right you can see Frt. Justin's face. He was at the store distributing mosquito nets to nursing and pregnant mothers for free. 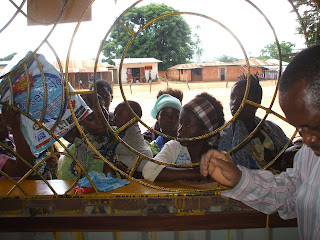