Frater Stanislaus Mwinuka, OSB, in Training to Become an Optometrist 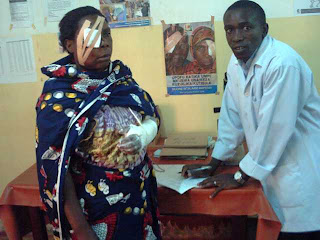 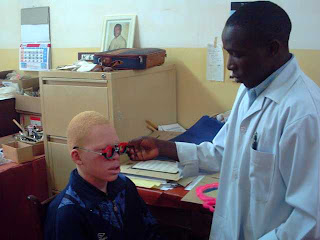 The Abbey St. Bernard's dispesary is expanding its service an endeavor that began last year with Dr. Ed Tuhy from the US to serve people with eye sight problems. In the move our Frater Stanislaus Mwinuka, OSB, is being trained temporarily at Songea regional hospital (close to Hanga Abbey). Later on the Brother is expected to go to school of optometry in Moshi (northern Tanzania). Since the school in Moshi is very competitive in terms of opportunity, it is hoped that through recommendation from Songea hospital will increase the chances of being accepted for the schooling.
In the photos: Frater Stanislaus in practice at Songea regional hospital.
Posted by Hangablog at 10:07 PM